The Bohman Brothers are the creators of a unique and impure experimental music. Traces of Fluxus japery, musique concrete, sound poetry and free improvisation can be detected, yet ultimately the whole is greater and more arcane than the sum of it's parts. 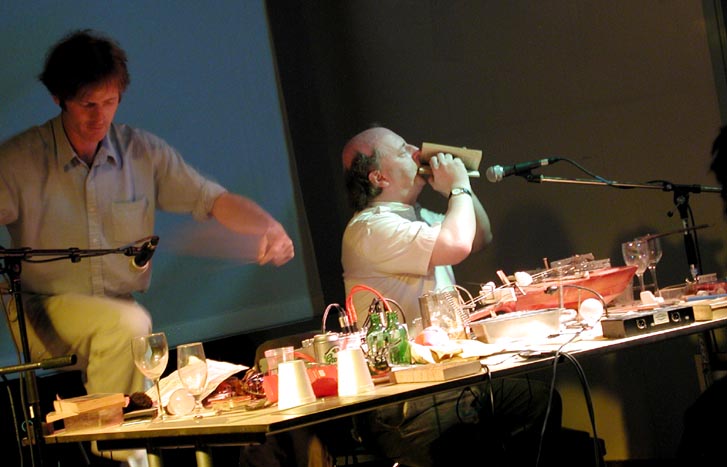 As a performing duo Adam   and Jonathan Bohman have been operative   since 1996(Adam Bohman is also a member of Morphogenesis and The London Improvisors Orchestra).Their sound art oscillates between states of the absurd and (sonically)grotesque to highly articulate explorations of extra-musical sound. One can hear various traces of out-noise lurking in the undergrowth of their 2002 debut album   ` A Twist For All Pockets' (Rossbin).

Electroacoustic music and free-improvisation could be regarded as co-ordinates on the grid. However,unlike the hermeticism of electro-acoustic music or the purism of free-improvisation, the Bohman's freely quote from any source and aren't afraid to show it. So you get Varesesian sound montage supporting spoken word material sourced from a pub menu, or frenetic juxtapositions between amplified shoe brushes and a frenzied tape cut-up of 17 th Century instruments. The Bohman aesthetic can be a dense and tangled thing to unpick and describe. Various and nefarious sounds and artistic influences merge and collide.   Pinning it all down seem's a bit reductive and, given the multiplicity and elusiveness of the Bohman genes, quite tough.Indeed, The Wire's usually ebullient   Ben Watson feel's the same way but nonetheless makes a stab at it. 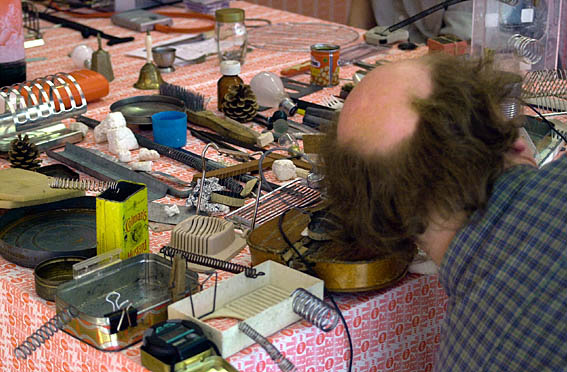 It's hard to describe the raw, explosive audio art they perpetrate.Everyday objects and sounds are worked on until they become saturated with lurid suggestion, resulting in a bizarre, hysterical immediacy. The convulsive beauty bears comparison to both composers Helmut Lachemann and James Dillon and to sound terrorisers Bark! and Furt. Nevertheless, in the traditions of the Bonzo Dog Doo-Dah Band, the Bohman Brothers kitchen-sink realism laughs at the grand claims of lofty art.They will show you fear in a sponge from a drainer.Ben Watson,The Wire Magazine, March 2002.

Not only do they show you `fear in a sponge', they'll more than likely play the sponge jacked-up through a crusty amp-combo. The use of amplified and unamplified objects is a distinctive feature of their work and it's a pleasing coincidence that their Grandparents were antiques dealers, since the Bohman Brothers live set-up often resembles a hard-wired flea market. 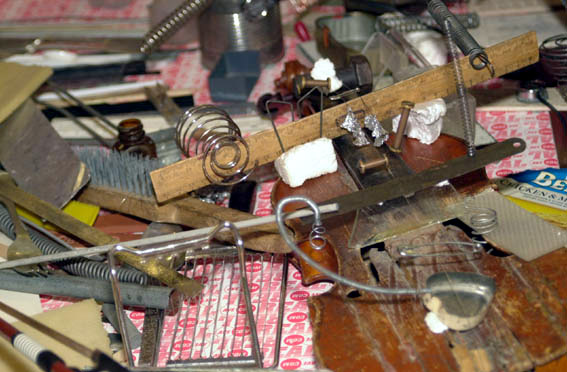 The visual aspect, therefore, is also a strong, deliberated feature, alongside a pervading sense of the comedic. This is most evident in their deployment of spoken word material. Ridiculous advertising spiel and found texts are the sources for accompanied/unaccompanied speech, it's a tactic that play's on their duality, as the Brothers bounce-off or   collide with each other. Reciting in blurred simultaneity, or wragged call and response.

The new single by the Bohman Brothers, Purely Practical/Western Omlettes(Peripheral Conserve ph10 7) is one of the best sound   poetry jukebox records since Henri Chopin stopped cutting them.One side has one Bohman reading catalogue descriptions of table saws while his brother tries to disrupt his concentration with taped and/or live interjections that would throw most grown-ups out of whack.The flipside is a layered collision of taped sounds, and disparate spoken bits, that sounds like a couple of guys trying to keep their card game focused while the cruise ship they're on is burning and sinking around them.It's a top-notch release and quite different from the instrumental work for which I'd thought these two were better known.Nice cover graphics, too.

The Bohman Brothers are also active in the support of other peoples music and other media. They have for two years run one of the handful of London's experimental music clubs at The Bonnington Center, in Vauxhall south London. On the top storey of a Victorian terraced house, within earshot of the Spooks at the MI6 headquarters, The Bohman Brothers have curated over 80 shows featuring an international line-up of experimental music makers, freaks , free-improvisors and filmakers.

The Bohman Brothers themselves perform live frequently throughout the U.K and Europe. They also sometimes perform in a collaborative context and this has been cemented by the formation of   a regular expanded unit, The Bohman Brothers Extended Family. Recently the Bohman Brothers have attempted to conquer non-physical spaces and have made numerous contributions to the aether via London's first and only experimental radio station Resonance 104.4FM.

In 2002 they make their first TransAtlantic journey and perform and record on the east coast of the U.S.A. 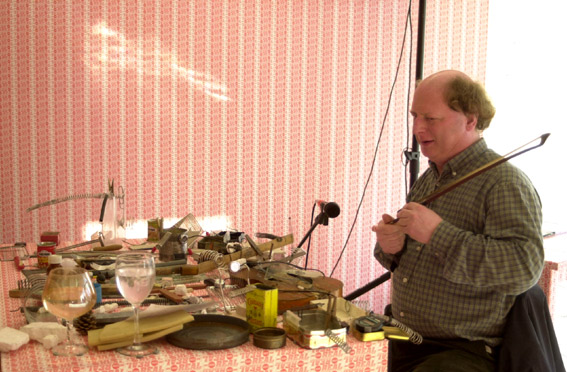 The Bohman Brothers `A Twist For All Pockets'(Rossbin)